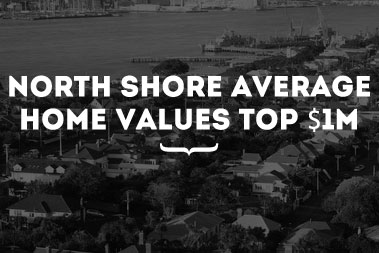 “Hot on the heels of the average value in the old Auckland City Council region topping one million dollars last month, the average value in North Shore City has now also ticked over the milestone and is sitting at $1,007,836, with home values there are up 17.6 per cent year-on-year and a huge 6.2 per cent since May,” she said.

See how much your area has gone up