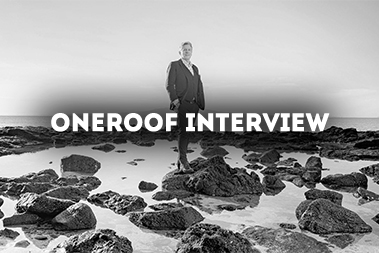 At 58, Martin Cooper is one of the most successful Harcourts franchise owners in the world. Once, Cooper was a boy from Queenstown who hated school, but he had some key influences which saw him develop leadership skills from an early age. An accident over-ordering chocolates in his first job at Woolworths supermarket also did wonders for his business acumen.

What did your mum Lorraine and dad Warren do?
They had motels and my father was the mayor of the town for a while and then he was a politician. He was the Minister of Tourism in Muldoon’s government and the Minister of Foreign Affairs and so he was into local and national politics.

Did your dad come home with Muldoon stories?
Oh, yeah, a lot of stories about Muldoon and his ways. Like, Muldoon was a short man in stature so if you were called into his office he would want to give you a dressing down so he had an elevated leather chair, so this short man in stature would be in the dominant position giving his ministers a dressing down. There were many, many stories.

Was there any impact on you because of your father’s career?
The kids would bully you a bit because of your parents being in politics. One time we were down campaigning in Mosgiel and my little sister went out to get the milk bottles, in the old days when they had milk delivery, and someone had cut off a pig’s head and stuck it in the letterbox. You know, like Piggy Muldoon, off with his head, that sort of thing.

Your grandfather also owned a hotel in Queenstown – tell us about him.
He was William Cooper but they called him Wicked Willie. He was run over by a tram in Dunedin when he was five years old and lost his leg just below his knee. He was a great grandfather with his wooden leg. It used to squeak. He used to take me on adventures. I was the oldest of all the kids so I’d go round the old hotel with him trapping the mice. It was a big outing for him, walking round the hotel. When you’re a three or four year old you think you’re an intrepid adventurer going round with your grandfather checking the mousetraps.

But why was he called Wicked Willie?
It was six o’clock closing and he’d be serving in the bar (of the Hotel Queenstown ) and the patrons would come in and his main response when they told them a story of woe, which would often happen in a bar, was “oh, that’s wicked”. The pub became known as Wicked Willies. Back in those days there were only four hotels in the whole of Queenstown.

You credit your mum with your positive outlook on life, why is that?
I had four other siblings so whenever I had quality time with my mother she’d read me a little bedtime story and if one of the other kids needed attention, she’d quickly finish where she was in the story with “and they all lived happily every after”, and then she’d kiss me goodnight and tuck me up in my bed, so I just grew up thinking that everyone lived happily ever after. That follows me through life now. It’s given me an ability to focus energy into solutions rather than dwell on problems.

And yet you hated school?
I absolutely hated school. We had Dominican nuns. They were in the black and white nuns’ uniforms and they used to scare me a bit, even though they were good-hearted lovely teachers. I just didn’t have any affinity with school. I was a real curse to my mum for getting right to the school gate then running down to the bottom of the hill again.

Were you a bit of a rebel?
I was pretty conforming as a kid. My parents were both very, very busy with their political and business lives so I was always put into a leadership position at a young age—you know, Martin, look after the kids, make sure the kids do this, do that. Maybe that’s reflected in my leadership role within my real estate business, because being the oldest of five kids and with very busy parents you were put into leadership roles right through your childhood.

Tell us about the mishap with the chocolates at your first job as a trainee manager at Woolworths, Nelson.
It was coming up to Easter and I had to order the chocolates, so I ordered 240 boxes. What I didn’t realise was there were 240 boxes but with 24 of the chocolate boxes in each box. The storeman came up to me and he said “Martin, we’ve got a truck and trailorload of chocolates arrived”. I thought “I’ve got to get rid of these chocolates or I’m in deep trouble”. I cleaned out the entire front of the shop and made a mountain almost up to the ceiling of these chocolates and then I put $1.99 special on them and the word got round Nelson because all the dairy owners were coming in. The weird thing that happened was the people came in and when they bought the chocolates they’d buy other stuff. The bosses from Christchurch all came up to see what I was doing —how did you come in and manage the store and double the turnover?

How did you get into real estate and end up on the North Shore?
I wanted a job in real estate but I was only 22 and back then in Dunedin they were thinking I was too young so I bought a house off the agency and kept pestering the boss, and finally he gave me a job. I started Cooper & Co real estate in Dunedin in 1991. In 1996 I thought, I’m going all right, because we went from 0 to 25 per cent market share over five years. I was only young, about 35 by then, so I thought if I really want to test myself, I should go up to where the big volume market is, so I bought a company here on the North Shore in 1997. We started with three per cent market share and we’re now trading between 30 and 40 per cent of the market share.

You like to do your bit for in charity. Why is that?
I really believe a certain amount should be given back to make the community in which you live and work better for yourself and everyone in it. I’m on a board for Breast Cancer CURE which raises money solely for research. My brother’s partner passed away from breast cancer after three years struggling with it at aged 40, maybe 11 years ago, and then my sister, she had three young kids, passed away at age 32 from cancer, as well, so I find that raising funds for research helps the memory of both of those women in my life. To help in that area, it gives you more of a depth or a purpose.